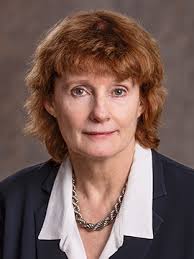 They gave 780 college students questions to measure their social anxiety and then took the highest third for the study. They randomly assigned the more socially anxious students into three groups that did assignments twice a weeek for four weeks. The kindness group did acts of kindness for someone else, the behavior group did a typical social anxiety behavior experiment, and the life details group wrote at least three things they did that day.

The acts of kindness group were also more satisfied with their social relationships at the end of the 4 weeks and were less concerned with protecting themselves from negative outcomes, which is a huge motivator in avoiding social experiences.

It may be that it’s the positive emotions that are the mechanism for increasing relationship satisfaction and decreasing expereiential avoidance, but that part hasn’t been studied.

Over the course of the 4 weeks each group’s mood boosted the first week and stayed there over the next 3 weeks with the kindness group’s mood spiking the most. The behavior group had a little more social interaction than the other groups, but it didn’t lead to more positive emotions or better mood than the other groups, so social interaction alone probably isn’t what increases positive emotions. Also everyone’s anxiety went up a bit (about the same amount) during the first week and then stayed there, so it’s not likely that less anxiety is what made the acts of kindness group do better.

The kindness group experienced more positive emotions even though they didn’t know that’s what the study was trying to find and they still experienced some negative emotions. It wasn’t just having more social contact either. It was the acts of kindness that made a difference. And it worked even though social anxious people often have a genetic basis, personality traits associated with negative emotions, and non-useful habits in social situations.

If doing kind acts for others makes you feel good and even socially anxious people can be successful at it, then it seems like a simple intervention to try.

For those with social anxiety, it might be helpful to not only try the traditional therapies of experimenting with behavior changes in public, but also to bring in more positive emotion with interventions like the acts of kindness practice.